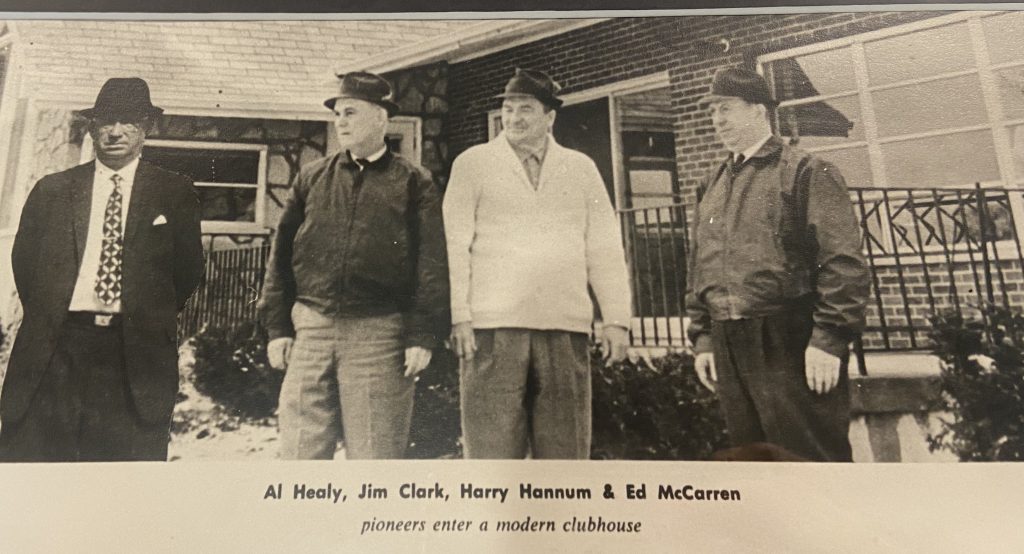 Miami View Golf Club is unique among Greater Cincinnati private golf courses since it was constructed by its original members.

It all started in 1960 through the vision and foresight of four men who became disenchanted with playing golf at area public courses. The original four men were Ed McCarren, Jim Clark, John Frey, and Al Healy. They were later joined by Charlie Ratterman and Harry Hannum.

This nucleus developed their dream of a golf course that they and their friends could enjoy at a cost that was affordable to the average family. Their intent was to build a golf course and not a country club. This basic premise continues today as the operating philosophy of Miami View Golf Club, Inc.

The first planning meeting was attended by just 25 golfing friends and family. A $10 donation was solicited from each attendee. This money financed a flier, fact sheet, etc. which was placed wherever golfers gathered. Through these and similar efforts interested members soon numbered 160 and the dream of that foursome was off and running.

Land was purchased, a retired golf course designer, William H. Diddel, was hired and work was started. Quickly it became apparent that there would not be sufficient funds. A call went out for volunteers from among the members. They arrived with rakes, shovels, etc. They built the greens, tees, and leveled fairways. They did anything that was necessary to turn the former farm into a golf course.
The first nine holes opened in 1961 and the back nine followed the next year.

Please click on the file below to see more historical information about our club.